Hematological and Epidemiological Study for Patients Infected With Scabies

Saleem Khteer Al-Hadraawy1, Hanin Bahaa Hessen2
1,2University of Kufa – Faculty of sciences- Department of biology
Abstract
The current study conducted 250 clinically suspected cases of scabies infection and 30 cases of healthy patients who attended
Al- Hakim Hospital and AL-Zahra Hospital in AL-Najaf province during the period from November 2016 to May
2017. This study is designed to determine the incidence of scabies in suspected clinical cases in the city of Al-Najaf by
using a microscopic methods (light and electron) to determine the prevalence of this parasite and to provide an integrated
picture of specialists, especially doctors and researchers, on the development of some blood standards in people infected with
this parasite so that they can treat their patients.
After the direct microscopy tests for the diagnosis of parasite, the results of infection were 56 (22.4%) respectively, and varied
according to gender, males were 34 (13.6%) and females 22(8.8%) respectively. While the number and percentage of
infection after testing the technique of PCR were in males 40 (16%) and in females 20 (8%).
The study also examined the effect of some factors on the spread of this parasite, the most important being the education level
and the socio-economic status. The number of infection percentage were 30 (50%) and 19 (31.66%) in the case of low socioeconomic status and uneducated persons, respectively, while 1 (1.66%) in the good and the people at the university stage
respectively.
The total number of white blood cells was significantly higher (P <0.05) in males and females compared to control group due
to the increase in the percentage of neutrophil and eosinophil, while the results showed no change in monocyte, lymphocytes
and Basophil cells.
The current study shown that the blood parameters of hemoglobin levels and packed cell volume were significant decreased
(P<0.05) in Sarcoptes scabiei patients in compared to control group. Whereas red blood cells count was non-significant (P >
0.05) in S. scabiei patients compared to control group.
We concluded from the current study that the infection of scabies influences on the some blood parameters such as PCV,
hemoglobin and total and differential leukocytes in patients infected with scabies.
Keyword: Scabies, PCV, Najaf, Leukocyte. 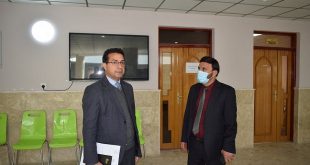