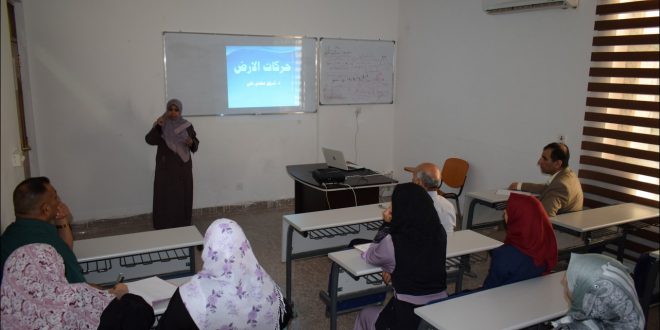 Within the series of seminars for the current academic year 2018-2019, the Department of Geology at the Faculty of Science at the University of Kufa organized a seminar entitled Earth movements. The seminar included a lecture by Dr. Shuroq Mahdi Ali, in which she emphasized the existence of more than one movement of the earth, including a rotation around itself causing the phenomenon of night and day and around the sun causing the phenomenon of the four seasons with the presence of two movements of the axis of the earth are swaying and elongation. The seminar pointed out that each movement of the Earth movements takes a long time to complete. The reason for these movements is that the shape of the Earth is not entirely spherical as well as the influence of both the sun and the moon. 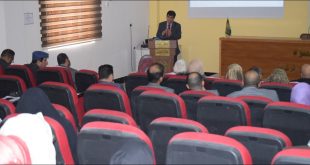