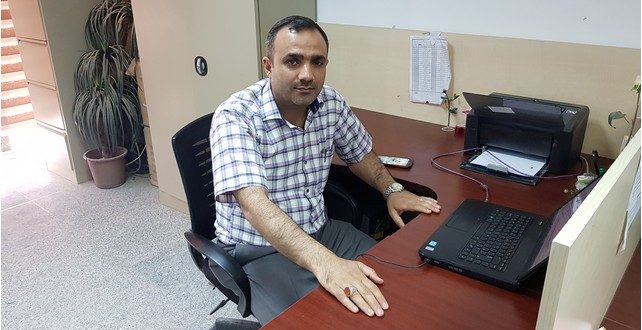 Despite the numerous differences between CR and analogue, they share one feature in common: their response to radiation exposure. Anatomical information is acquired in analogue radiography after the X-ray photons pass through the object and carry information concerning the region of interest.  Following this, a screen absorbs the photons’ energy, releasing multiple visible photons which strike an emulsion layer built onto the film, to finally depict the internal body structure. In contrast, CR detector, unlike film screen, is made up of photo-stimulable phosphor material. Their exposure to radiation occurs in the same way as that of the X-ray film. However, this CR detector stores the photon energy within a trap in the phosphor crystal. The trapped energy is then released after it has been stimulated by a laser present in the reader (Khattak, Sajjad, & Alam, 2010). Further details on the physical characteristics of digital detectors and the imaging process will be described in sub-section (5.2.3, p.111).

The detection efficiency of digital detectors is high compared with that of film. The efficiency refers to ability of imaging detector to convert high percentage of photons into image information, so the higher the efficiency is the better the image quality (further information can be seen in p.113) (Lança & Silva, 2008). Film includes an inverse relationship between image quality and radiation dose; this feature is eliminated with digital imaging, and the image can be manipulated independently. For digital imaging, unlike film, there is a possibility for image auto processing which can correct an error with exposure problems. High radiation doses in film screen radiography cause film blackening, whereas this feature has been eliminated from the digital radiography. (ICRP, 2004; Uffmann & Schaefer-Prokop, 2009). In this context, the transition from analogue to digital technology has cleared the way for further research into the two modes and their radiation dose. The reason behind these comparison studies may be due to the introduction of new technology in medical imaging being accompanied by new technical options which were not available for analogue radiography. These studies provide information regarding whether the traditional acquisition factors used for analogue are still applicable with digital imaging or not. Therefore, investigating the differences between the analogue and digital systems may contribute to dose reduction and image quality enhancement, but are still necessary. Examples of the recent options in digital radiography are the wide dynamic range of detectors and the advanced post-processing tools available at the workstation (Kottamasu, Kuhns, & Stringer, 1997; Tylén, 1997).