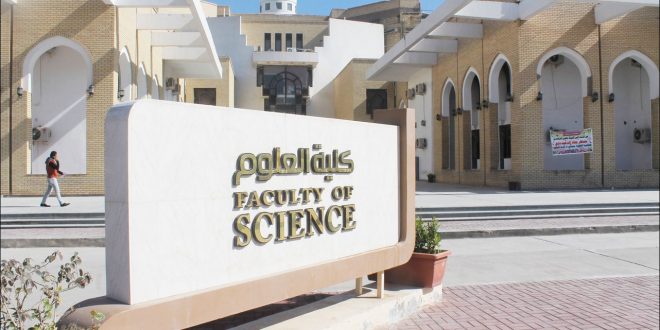 Effect of irrigation with magnetized water on some vegetative and flowering parameters of wheat (Triticum aestivum L.) Cultivar IPA 99

Muthik A. Guda*1 , Azhar Sh. Younus 1, Attyaf J. T. Altamimi 2, Aseel F. Ayoub1 , Shaymaa Ma. Al Regawi 3 , Aboothar H. M. Al-Edhari 1 and Faris J. Alduhaidahawi 1
1Department of Environment ,Faculty of Science ,University of Kufa
2Department of Biology ,Faculty of Science ,University of Kufa
3Department of Geology ,Faculty of Science ,University of Kufa
*[email protected] , mob. 07702793409
Abstract: Growth parameters data were used in this study for the evaluation of the response on some vegetative and flowering parameters of wheat shoots (Triticum aestivum L.) Cultivar IPA 99 of growth to irrigation with magnetized water and no magnetized water, afield experiment was carried out during winter season of 2016 – 2017 at the farm of Technical institute-Kufa field, College of Science, and University of Kufa. A randomized complete block design by split plots arrangement was used with three replications. The main plot included two levels of river water and ground brackish water, while the subplot included four levels of magnetic water strength 0, 750, 1500 and 3000 GUOS. The results showed that significant effect of magnetized irrigation water on all growth characteristics of wheat in both levels of water caused greater increased on) height of shoot (cm) ,single leaf area (cm2),fresh weight of shoot (g) ,dry weight of shoot (g) ,number of tillers ,number of leaf ,height of spike (cm) ,weight of spike (g) ,number of florets per spike ( as compared with no magnetized water .Irrigation with magnetic water in 1500 GUOS give as the better results in all growth characterized. The stimulatory impact of magnetic water induced no significant marked between irrigation of magnetized river water and ground brackish water. In another way Irrigation with magnetic water showed greater increased on growth characteristics and spikes initiation of wheat as compared with irrigation of no magnetized river water and ground brackish water.
Summary: The results showed that significant effect of magnetized irrigation water and irrigation with magnetic water in 1500 GUOS gave the better results in all growth characterized.
Introduction: physical methods for plants growth stimulation is getting more popular due to the less harmful influence on the environment. The water treated by the magnetic field or pass through a magnetic device called magnetized water (1) . When water is magnetized, some physical and chemical properties changed that may be causing changes in shoot characteristics, growth and production. Magnetic water treatment has found to have a pronounced effect on plants productivity (2) suggested that there are possibly some beneficial effects of the magnetic treatment of irrigation water for plant yield and water productivity. Moreover, magnetized water for irrigation is recommended to save irrigation water (3) and increasing yield (4) .The results of (5) showed magnetic treatment of irrigation water and magnetic treatment of seeds had the potential to improve the early seedling growth and nutrient contents of seedling. Utilization of
magnetized water improved quantity and quality of common bean crop. Irrigation of common bean plants with magnetic water increased significantly the growth characteristics, potassium, photosynthetic pigments (chlorophyll a, chlorophyll b, and carotenoid), photosynthetic activity and translocation efficiency of photo assimilates as compared with control plants (6) . It was detected that the magnetic field stimulated the shoot development and led to increase of germinating energy, fresh weight and shoot length of maize (7) . (8) reported that growth parameters and yield components of wheat plants is concomitantly increased when wheat plants irrigated with magnetic water. (9) reported that exposure of magnetic field increased shoot height, seed weight per spike and yield of wheat. There is competition for water by the agricultural, domestic and industrial users during the dry season, so there is need to conserve and optimal use of available water. Concerning the effects of magnetized water especially on wheat very limited researches were performed in Iraq, therefore, this study was conducted to determine the impact of magnetized water on some morphological and physiological traits of wheat.