Abstract
A Change detection study for sustainability development in Al-Najaf city using multispectral
Landsat images for five years as interval between 2015 and 2020. The supervised classification using
maximum likelihood by Erdas software was used as the main image process for each multispectral
Landsat image. The Images were classified by four classes representing Al-Najaf city land: water
bodies, agriculture lands, urban land, and bare lands. The land area of study was about 1005.41 km2
.
The spatial resolution of the adopted satellite image was 30 m and the layer stack is 3, 5, and 7 bands.
Pre-processing was conducted for atmospheric correction to remove cloud pixels and masking to get
better visibility on the study area. Overall classification accuracy values were 89.19% and 85.71%,
while overall Kappa statistics 0.8532 and 0.7921 for the captured images of 2015 and 2020
respectively. The change detection for the particular five years based on the classification area showed
increment in area of water bodies and urban land by 5.565 and 5.699 percentage from their initial areas
respectively. The area of the agriculture lands and bare lands were decreased by -1.4 and -9.857
percentage respectively. The findings of this study can be useful to the decision makers as a reference
for the important in sustainable development planning in Al-Najaf city.
Keywords: Change Detection; Sustainable Development; Multispectral; Classification. 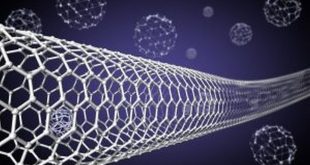