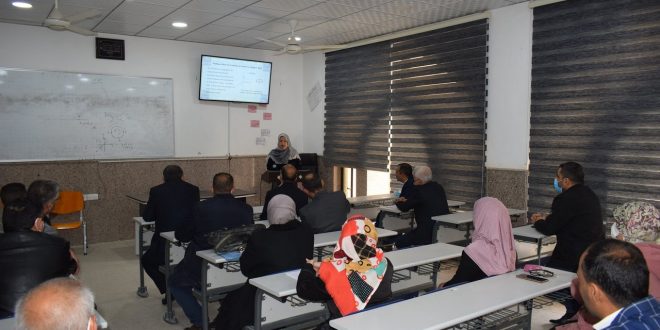 The Department of Physics at the Faculty of Science at the University of Kufa held a seminar on the  geometric  effect of the external magnetic field on the self-focusing of the laser beam inside the plasma.

The seminar included a lecture given by a master’s student, Lina Muhammad Hatim, under the supervision of Prof. Dr. Munther Baqer. It included an explanation on the improvement of the generation of terahertz frequencies resulting from the nonlinear interaction of the laser beam with the plasma.

The seminar dealt with how to develop the phenomenon of self-focusing of the laser beam and obtain from it a new non-linear phenomenon, which is the generation of terra hertz frequencies used in several fields such as imaging in medicine, spectroscopy and other fields. 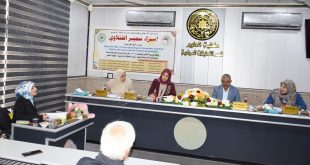