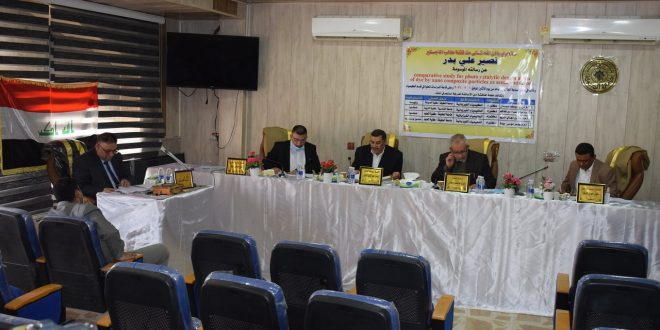 The Faculty of Science at the University of Kufa discussed the master’s thesis, titled “a comparative study on the photocatalytic decomposition of the tartrazine dye by nanoconductors”, presented by the student Naseer Ali Badr in the Department of Chemistry.

The thesis included a new study to get rid of the contaminated organic dye, tartrazine, which is widely used in the foodstuff industry and is no longer used in most countries of the world.

The thesis reached to get rid of the tartrazine dye and convert it into carbon dioxide gas and water vapor using ultraviolet rays and nanocatalysts such as NIO, TIO2. 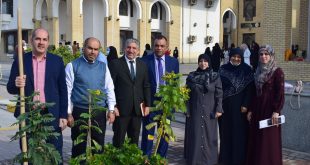