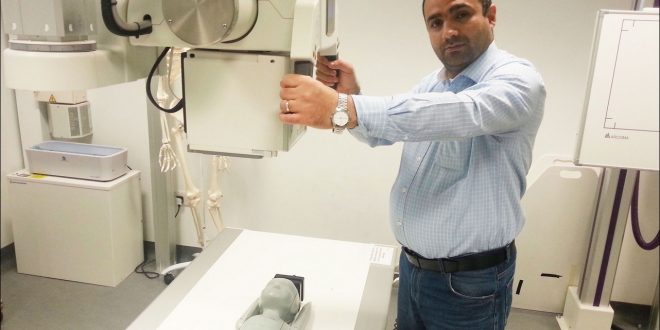 The primary task for an observer in medical imaging is to decide whether a given
patient image shows evidence of pathology, or not. This therefore demands an
approach which can identify the observer performance in relation to the diagnostic
quality. ROC analysis is widely used in radiology to subjectively assess the diagnostic
images and observer performance. This analysis originated from the Signal Detection
Theory, in which an observer attempts to detect a low contrast signal in a noisy
background. The clinical counterpart for this is for one to distinguish the abnormal
case from a set of normal background cases. For this, an observer is asked to rate
images with suspected diseases, thus diagnostic performance can then be determined
by the number of correct responses. However, ROC measures have a major drawback
in that they are highly dependent upon disease prevalence. Furthermore, the images
have to be divided into normal and abnormal, meaning a large number of images are
required. ROC methodology does not work well for multiple lesions on one image,
and the localisation of said lesion is not taken into account and therefore a case may
be diagnosed as abnormal whilst still missing the true lesion. In order to overcome the
above limitations in ROC analysis, measures have been taken to improve its
performance and fill the existing gaps. These measures included the development of
ROC related methods to increase its statistical power while using a low number of
images. For example, in LROC, the lesion has to be pointed out by an observer
together with its location. Then, the latter method improved into FROC, in which the
observer is required to detect several lesions together with their location. Also an
observer has to rate his confidence level toward this lesion is malignant or not. This
method allows for good statistical power with few cases and readers. Another ROC
related improvement was free-response forced error (FFE), in which if the observer
detect a high percentage of abnormality before any false positive error happens for
one modality, then this modality is considered as better. Finally, DROC was
developed to compare between different systems. The statistical power of DROC is
found to be higher than that of ROC. All the above methods have been proven to be
closely related to the clinical situations and addressed the above limitations.

A Study of liver enzymes in Type 2 Diabetes Mellitus