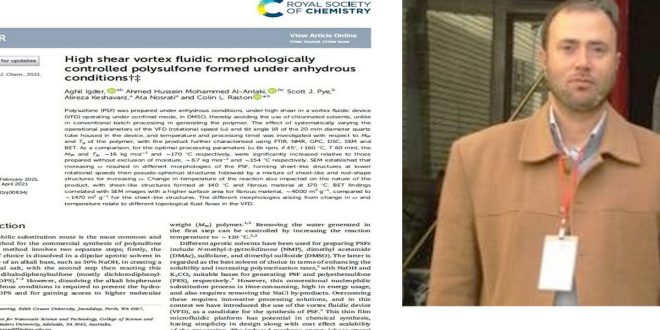 Dr. Ahmed Hussein Al-Antaky, a lecturer in the Department of
Chemistry at the Faculty of Science, published a scientific paper entitled
“High-shear vortex fluidic controlled in the form of polysulfone polymers
formed under anhydrous conditions”, in the British Journal &quot;NEW
Journal of Chemist&quot; within Scopus containers.
The research included the preparation of Polysulfone (PSF) polymers in
anhydrous conditions, and under high shear in a vortex fluidic device
(VFD) working in specific quantities using DMSO solvent, to avoid the
use of harmful chlorinated solvents in contrast to the traditional batch
treatment in the generation of the above polymer.
The research reached to produce structures similar to the outer sheets of
the product and this type of polymer has wide applications in water
desalination, expanders and energy applications. 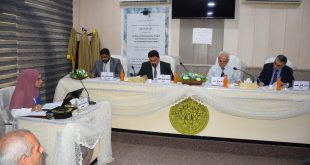